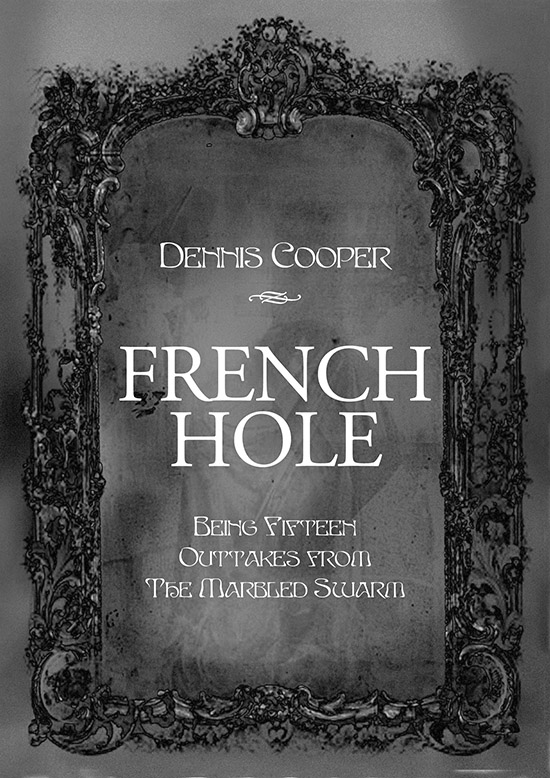 'French Hole' is either a precursor, sideshow, offshoot, series of secrets, fractured sequel, or a bunch of polished discards from Dennis Cooper's imminent and long-awaited novel 'The Marbled Swarm'. 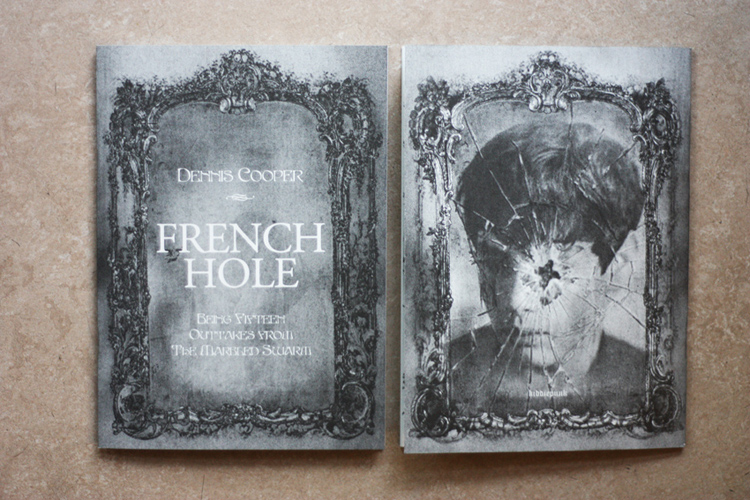 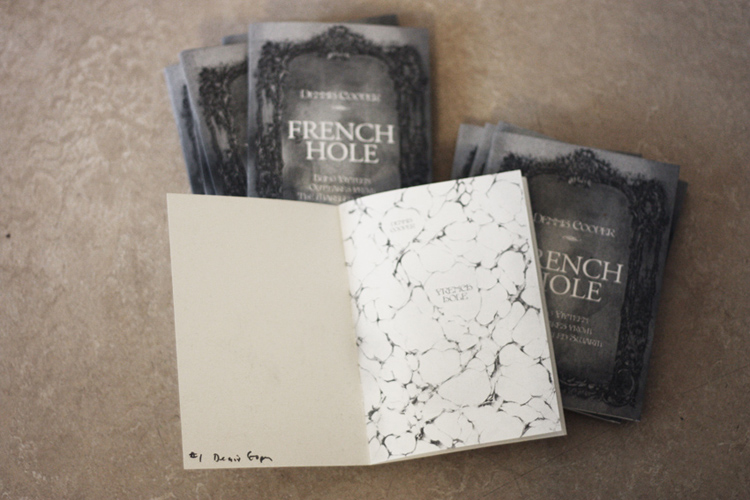 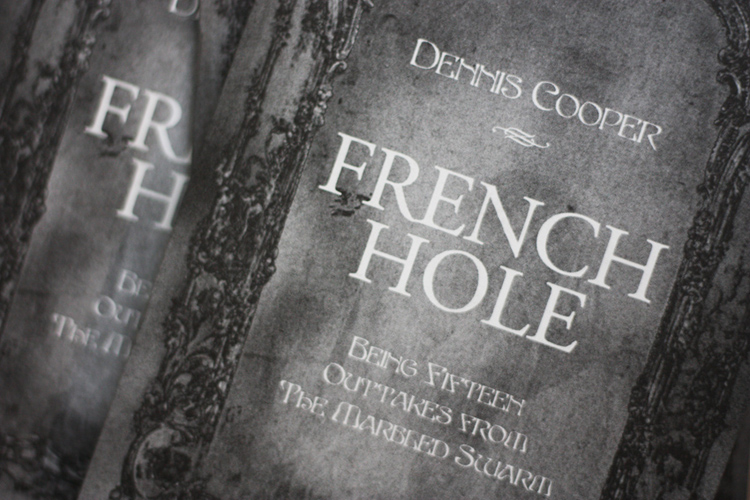 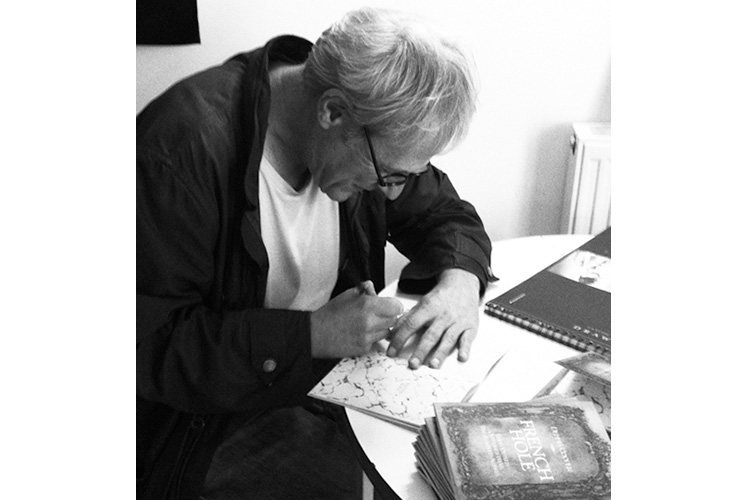 What is 'French Hole' exactly?

DENNIS COOPER: The original draft of 'The Marbled Swarm' ran to just over 450 pages. The finished novel is around 200 pages. So I cut a lot out. Most of the cuts involved doing surgery on millions of little details, but I did remove some paragraphs and short passages, and I removed two entire chapters. About 70% of what is in 'French Hole' are pieces of the two missing chapters.

Why were the chapters cut?

DC: Well, they didn't need to be there, basically. The novel shifts time frames and locations all the time in different ways. The two excised chapters were largely set in the time period where the narrator is living in the Paris loft, and they made that phase of the novel too weighty. Also, I changed my mind about a few things. Originally, I thought I needed to have the cannibal characters actually 'eat' someone, and it turned out that I only needed to write that part in order to organize the novel's schematic for myself. To have included that occurrence, which was the centerpiece of one of the removed chapters, would have been detrimental to the novel if anything. Also, I thought early on that I should explain how Christophe and his son hooked up with the cannibals, but, again, creating that connection in an explicit way counteracted what the novel is doing. And, finally, the character Olivier was going to have a much larger part in the novel, but I realized at a certain point that his purpose was to disappear. One of the missing chapters was centered on him and on a play he performed for the cannibals. I liked that part, which is why pieces of it are in 'French Hole', but, if it had been in the novel, it would have been baggage.

Why not just publish the two missing chapters in their entirety?

DC: They aren't remotely close to being finished and polished. They're very rough. I do most of my novel work in the editing and refining, and I made the decision to remove those chapters fairly early on, so they're more like construction sites than finished chapters. Even to get the fragments that I did include in 'French Hole' into an acceptable form, I had to go back into the discards and spend weeks and weeks fiddling with them.

Publishing the novel's outtakes before the novel itself has been published is an unusual move.

DC: Yeah, I don't know if that has ever happened before, which is of course part of why I wanted to do it. The subtitle was originally going to be '15 secrets from 'The Marbled Swarm' instead of outtakes. If people get into the novel in the way I hope and even intend that they will, they'll be interested to know the book's secrets, and, if so, the pieces in this chapbook could be taken as secrets. If people just see the novel as a trippy ride or something and don't want to figure out how it works, then the pieces in 'French Hole' are just extras and more of the same. Either way is fine. But I called them outtakes because, even though secrets precede the things they address and outtakes follow established things, calling them secrets seemed too pushy.

Is it possible to fit the pieces included in the 'French Hole' chapbook back into the novel? I mean are there gaps in the novel where they belong?

DC: No. They don't belong there. They aren't pieces of the Director's Cut or anything like that. And they aren't bloopers either. Maybe they're glimpses behind the scenes if you want to see them that way. Otherwise, they're select highlights from the cutting room floor.

Are there plans to reprint the 'French Hole' chapbook or to publish the work in it anywhere else?

DC: No plans to. I like the idea that there are only 70 people and maybe their friends who will ever read these pieces. I really hope that no one transcribes the texts or scans the pages and posts them online, but I can't control that, obviously. I suppose it's possible that they could get published in another context at some point, but I'm not thinking about that possibility right now.

Are there more outtakes to come?

DC: No, or certainly not another book of them. I used some of 'The Marbled Swarm' leftover material as the basis for the text in the recent theater/installation piece I made with Gisele Vienne and Stephen O'Malley, 'Last Spring: A Prequel', and I'm also using some of the material in the larger 'Last Spring' maze piece that we're working on now. But I think that'll be it, as far as raiding the novel's younger days goes.